About Us
Our History
Recognition & Awards
Board of Directors

Who are the Friends of the Pumpkinvine Nature Trail?

Friends of the Pumpkinvine Nature Trail, Inc. are a not-for-profit corporation, made up of Trail users, dedicated to converting the abandoned Pumpkinvine railroad corridor into a linear park and greenway. The organization depends on volunteers to carry out day-to-day work required to achieve short- and long-term goals. Memberships fund ongoing operational costs.
The Friends purchased the Pumpkinvine railroad corridor in 1993 and donate the land to local park departments after design and engineering are complete, and the land is ready for trail construction. See Managing Agencies for a list of trail managers.
The Pumpkinvine Nature Trail is connected to the Maple City Greenway in Goshen which in turn connects to the MapleHeart Trail forming a regional trail network. There are two "gaps" in the Pumpkinvine Nature Trail that Friends are working to fill. Currently trail users must travel county roads for 1.75 miles between County Roads 33 and 35 and 0.5 miles between County Road 850 W and downtown Shipshewana.
Friends still own a small portion of the abandoned railroad corridor which they continue to maintain. Additional responsibilities of Friends are:

For 100 years, the Pumpkin Vine Railroad transported people and goods, locally. But in November of 1980, the the railroad ceased its operations. Around the country, railroad operations were on the decline, and forward-thinking individuals were making plans for the future of these long-connected corridors.
On December 4, 1989 five individuals gathered together in Goshen, to discuss promoting the creation of a Trail along the abandoned Pumpkin Vine Railroad right-of-way, then owned by Penn Central Railway Inc. The idea was spurred both by Elkhart County Park's 1978 Master Plan to include a possible trail along the Pumpkinvine right-of-way, and the experiences of several of those original members in the 1980's, biking similar paths in Illinois, Wisconsin and the Netherlands. The opportunity to have something similar locally was clear, however the idea was met with  significant resistance from local governments and adjacent landowners.
The first 10 years were slow moving, as few were able to grasp the benefits of local trail development. It was not until March of 2000, that the first 1.5 mile section opened in Goshen. In the next 20 years, six more segments have been completed, totaling nearly 17 miles of path. There are two segments left to develop, and both are making significant progress.

Pictures of the Pumpkin Vine Railroad, many of them taken in 1918. The two color photos were taken in the 1970 to 1980 around the time that railroad operations ceased.

Rails were extended east from the the east into Elkhart Village in 1851.  The Daily Truth reported: "About four o'clock on a Friday afternoon early  in the month of October, 1851,  a wood-burning engine hauling a train of flat cars and a caboose, rolled over the wooden bridge across the Elkhart River and puffed along to the foot of Main Street which was then in the forest south of the village proper". The advent of the "Iron Horse" had been the topic of conversation for weeks around the village. Word spread abroad that the railroad would offer a free excursion to White Pigeon the next Sunday. The train for this event was a locomotive, a passenger coach, a boxcar and flat cars fitted with planks for seating. People came from miles around for the excursion. Calvin Dome, a boy of the village, was killed when a sudden stop threw him from the top of the box car and under the wheels.

The next year a railroad spur was built to Goshen. Railroad business was very profitable and competition was cut-throat. New railroad companies were incorporated by the legislature and established companies used the political process to block potential competitors.

The nearest railroad transport for Middlebury was a depot at Vistula on the Lake Shore and Michigan Historical map of the Pumpkin Vine railroadSouthernline (LS& MS). A stage coach transported passengers from town to the depot. In 1888 the citizens of Middlebury were excited to learn that a new railroad was being planned from Bay City, Michigan through Battle Creek, Sturgis and Goshen on to Danville, Illinois. Towns along the way wanted the railroad to pass through their communities and offered gifts of land and money. The proposed route passed about three miles south of Middlebury but in two days the town raised a $12,000 contribution of cash and land. A survey completed in August, 1888 routed the tracks along the base of the hills on the west side of town. Opposition was raised by people who thought the railroad would ruin the town and leave it deserted.
A contract was let to David Sisk & Co. to build the grade from Goshen east to the county line. Three hundred horses and mules along with men and equipment camped near George Allen's farm south of Middlebury and on Sept. 20th laying of tracks began at both Goshen and Battle Creek. On Nov. 5 th the first passenger train traveled to Middlebury from Goshen operated by the Lake Shore & Michigan Southern Railway.

Passenger traffic was brisk; 1912 passengers were transported by Nov. 30, 1888. The portion of the railroad between Goshen and Middlebury had numerous turns which lead to the nickname "Pumpkin Vine". A popular recreation was the excursion and many people visited friends and relatives using rail transport. Harrison won the Presidency in 1888 and an early excursion was a group of Republicans traveling from Goshen to Middlebury to help celebrate with a large bonfire and other entertainment.

Middlebury was not destroyed by the railroad as predicted. On April 11, 1889 ten carloads of stock were shipped from town. The stockyard was located south of Karch Lumber Co. on the west side of the tracks. South of town were Burns and Williams whistle stops where passengers living in the country could board trains. Other improvements included a lengthened siding in Middlebury and a spur to Krider Nurseries.
Various portions of the railroad were under management of different corporations and disputes among them created legal battles. The planned extension south of Goshen was never built and the railroad north of Battle Creek was soon abandoned. The Lake Shore and Michigan Southern Railway operated from Findley to Goshen until Dec. 23, 1914 when it merged about five other railroads and continued operations under the name New York Central Railroad Company.

Later the Indiana Railway Commission allocated $434,000 of federal railway funds to upgrade the Pumpkin Vine track between Goshen and Middlebury. By the end of 1978 the Indiana Interstate Railway Co., Inc acquired a 30-ton locomotive to pull trains on the Pumpkin Vine. The locomotive had retractable rubber tires that allowed it to move on the street to the opposite end of the train for the return trip.
On July 27, 1980, the Lakeshore Historical Railroad Foundation began offering excursions between Middlebury and Shipshewana on Sundays. The excursion train was a restored steam locomotive which pulled five Rock Island Commuter cars. Lt. Governor Robert Orr joined an excursion that summer as a special guest.
On Nov. 30, 1980 Indiana Interstate Railway Co. stopped operations on the Pumpkin Vine because profits did not meet plans. Penn Central announced that the line would be abandoned and the rails were removed in 1982. The scrap value was estimated at $200,000. 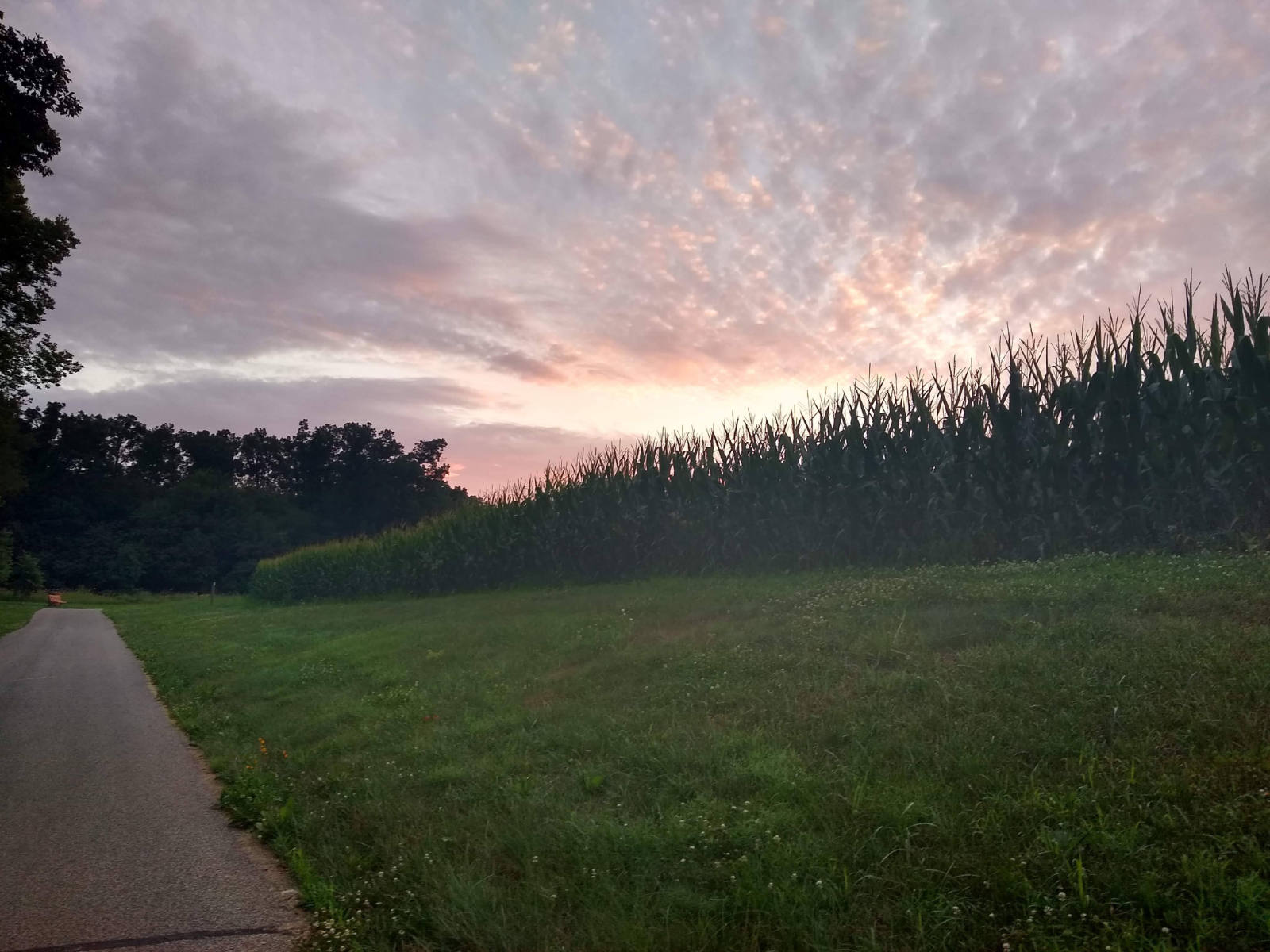 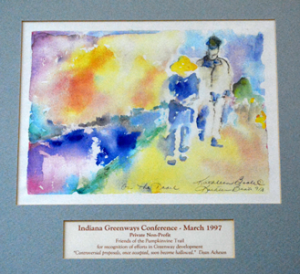 At the Indiana Greenways Conference, March 1997, the Friends received the Private Non-Profit Award in "recognition of efforts in Greenway development. 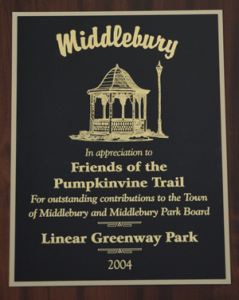 In appreciation of the Friends of the Pumpkinvine Nature Trail for outstanding contributions to the Town of Middlebury Park Board: Linear Greenway Park. 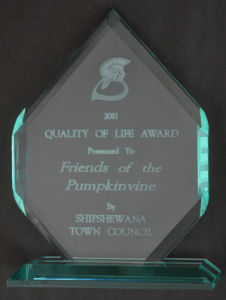 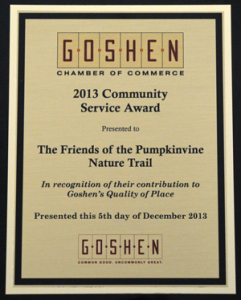 On Dec. 5, 2013, the Friends of the Pumpkinvine Nature Trail, Inc., received the “2013 Community Service Award” from the Goshen Chamber of Commerce at the chamber’s annual dinner. The award was in recognition of the Friends "contribution to Goshen’s Quality of Place.” In accepting the award, John Yoder, Friends’ president thanked the Goshen community for taking the lead in supporting the Friends in their efforts to create the Pumpkinvine Nature Trail. It is very gratifying to receive the award, he said, “but the greatest satisfaction comes from seeing so many people enjoying the trail.” 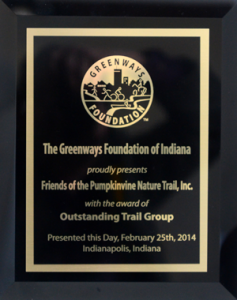 On February 25, 2014 at the Indiana Greenways Foundation’s annual luncheon in Indianapolis, the Friends received the foundation’s “Outstanding Trail Group” award for 2013. The Greenways’ awards are presented “to those individuals, communities, corporations and projects that have exhibited outstanding excellence in advancing greenways, or multi-use trail development throughout Indiana. Categories include Outstanding Public Official, Trail Advocate, Trail Group, Corporation, Trail Project and Local Government.” 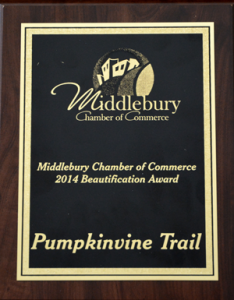 On March 13 at their annual dinner, the Friends received the Beautification Award from the Middlebury Chamber of Commerce. “Each time a new section of trail opens, as two did in Middlebury this year, I’m impressed again with what a good idea it was to recycle this old railroad corridor into a linear park. It is a beautiful ribbon of green through town. One new section brings us into town through the U.S. 20 tunnel from the south, where we can enjoy the serenity of an urban forest and wetlands, while entering town from the east on that new section, we are greeted by the Dairy Queen, which after a hard ride, has a beauty of its own.” -  John Yoder 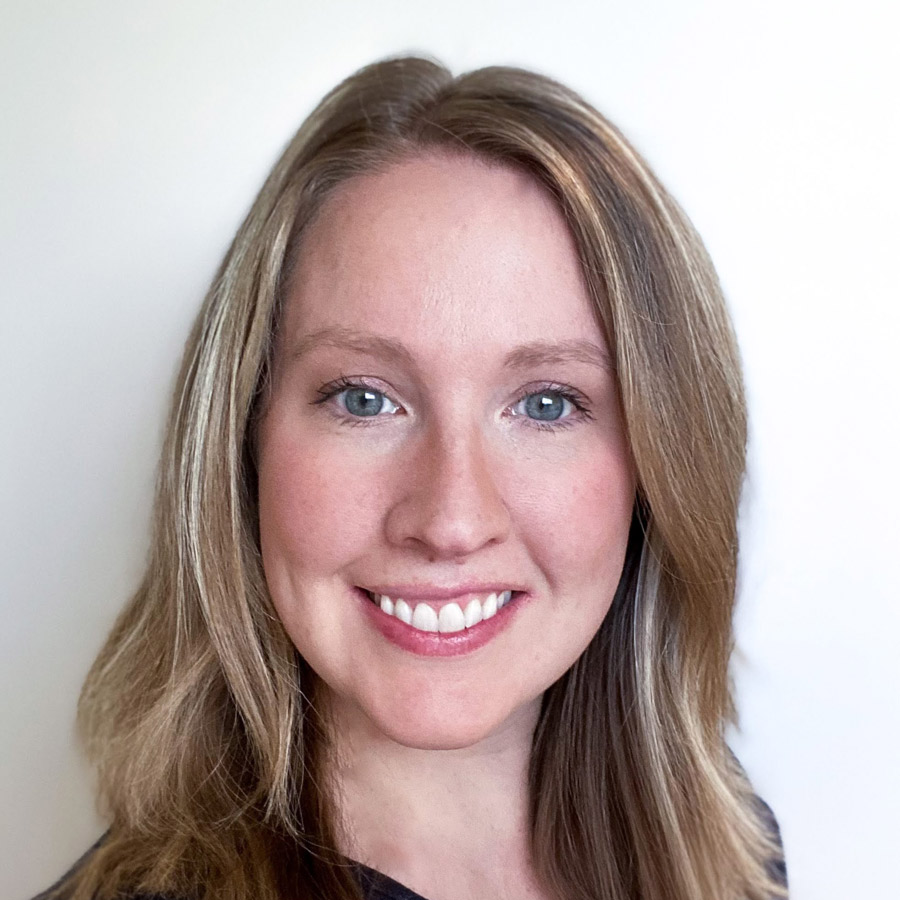 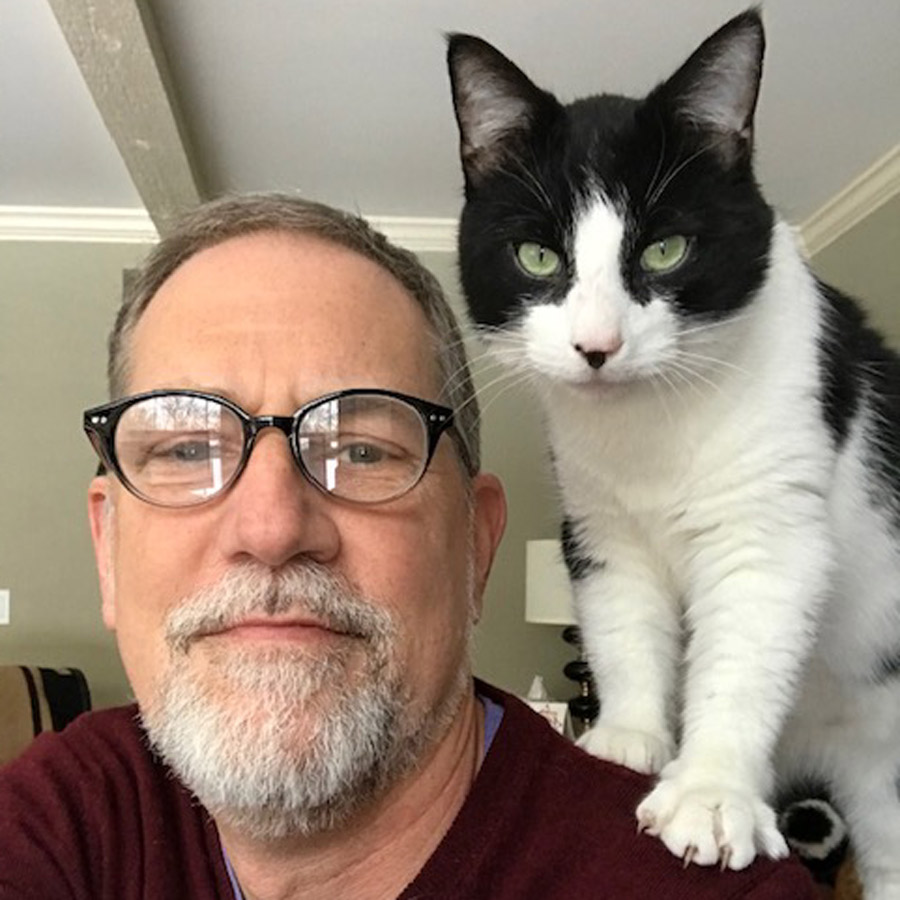 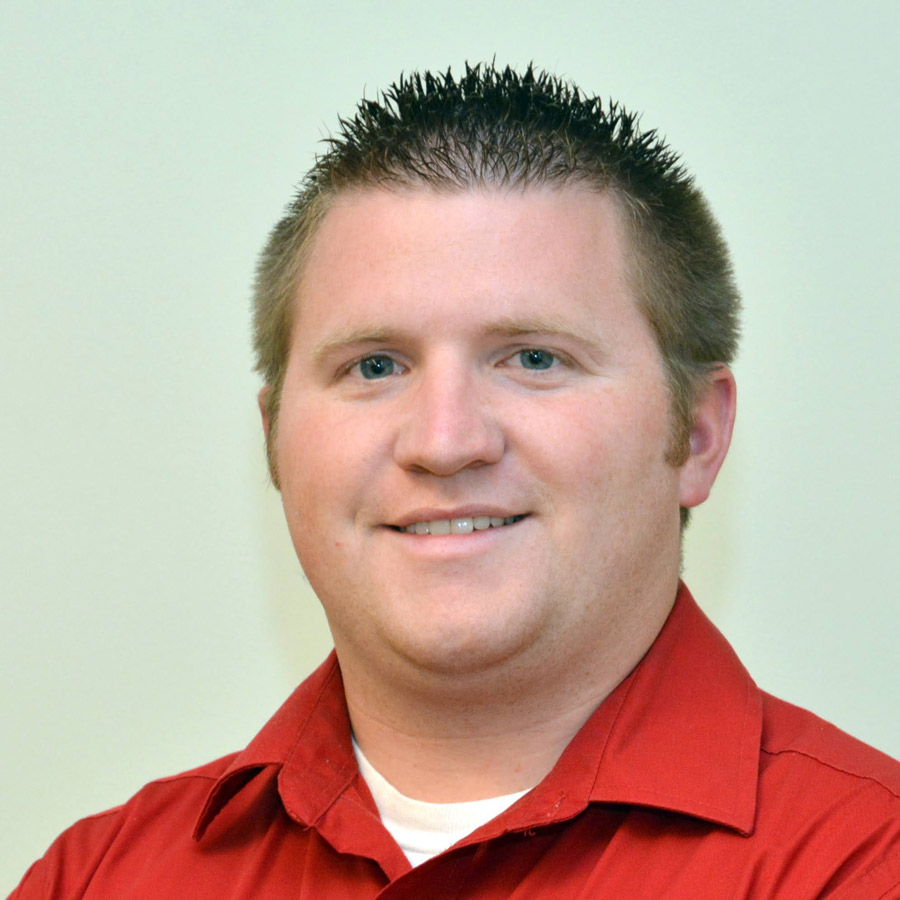 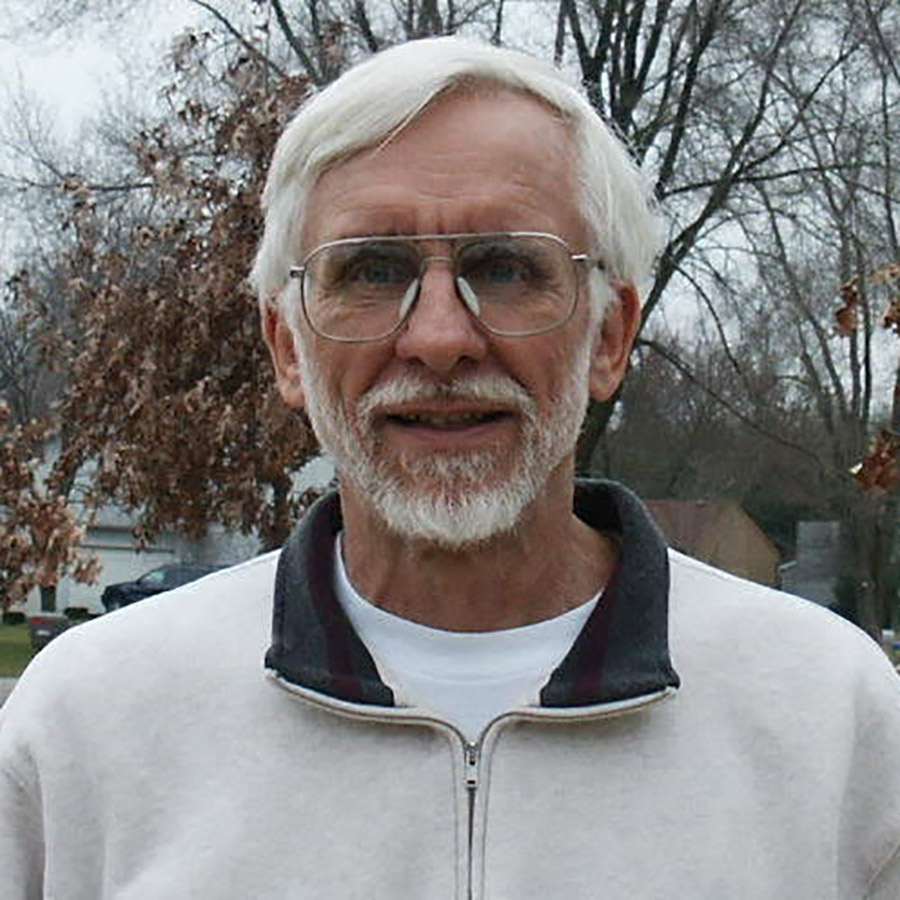 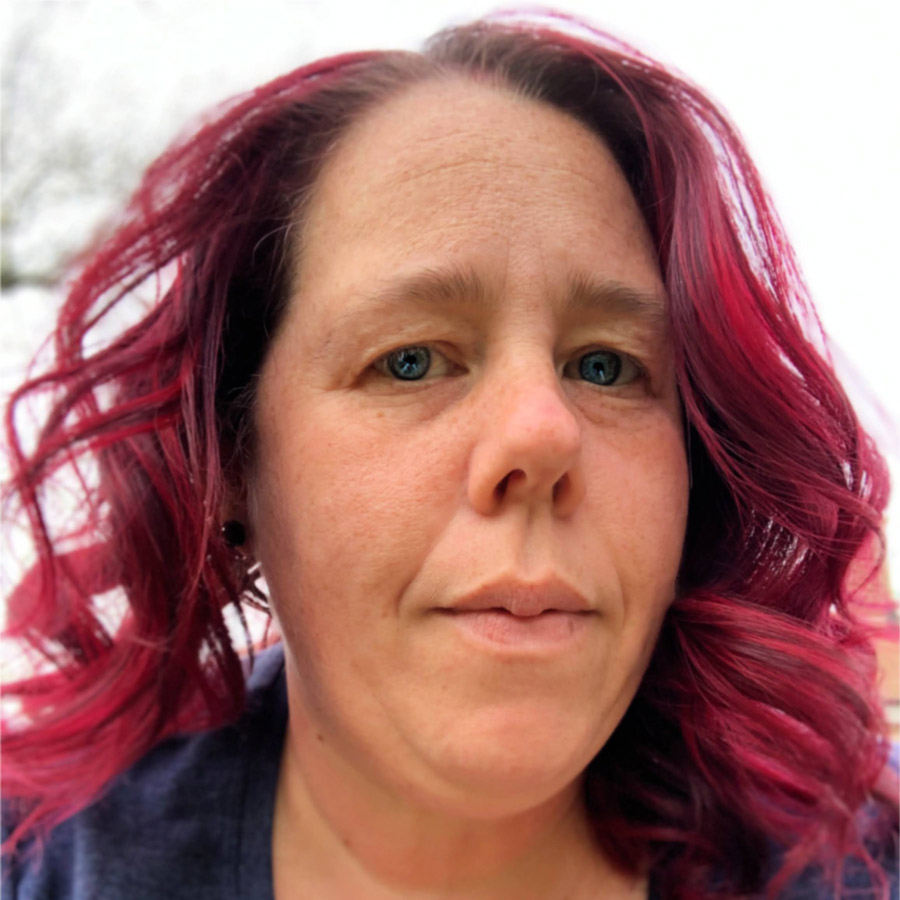 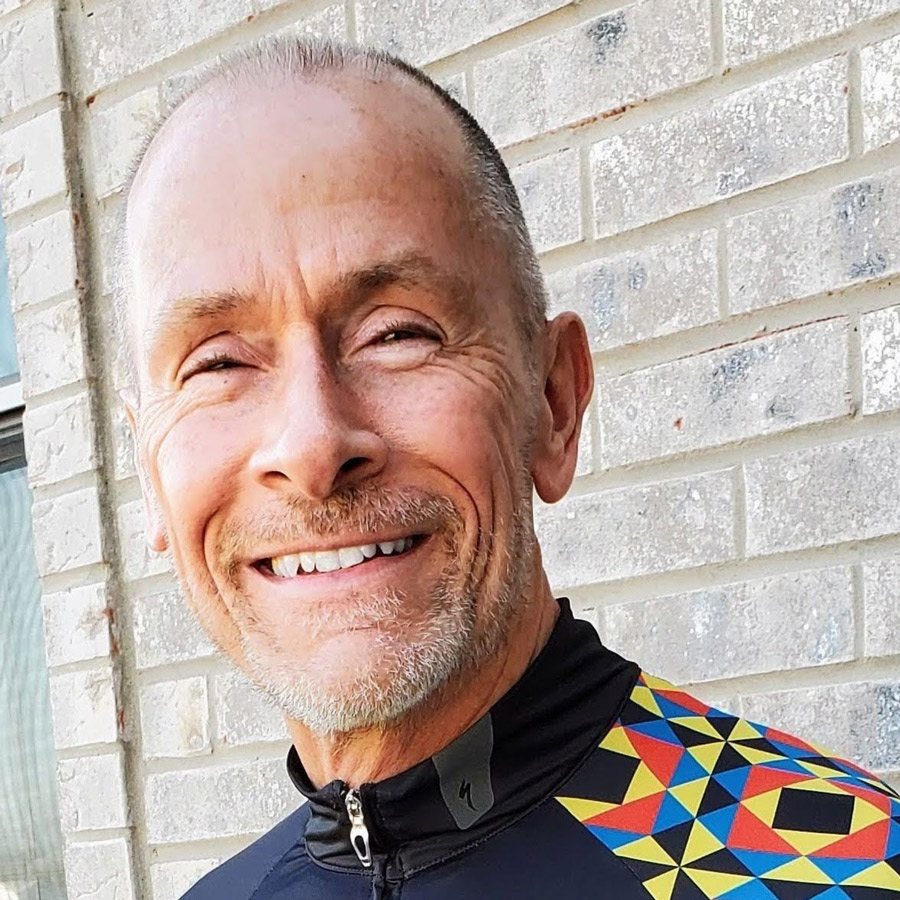 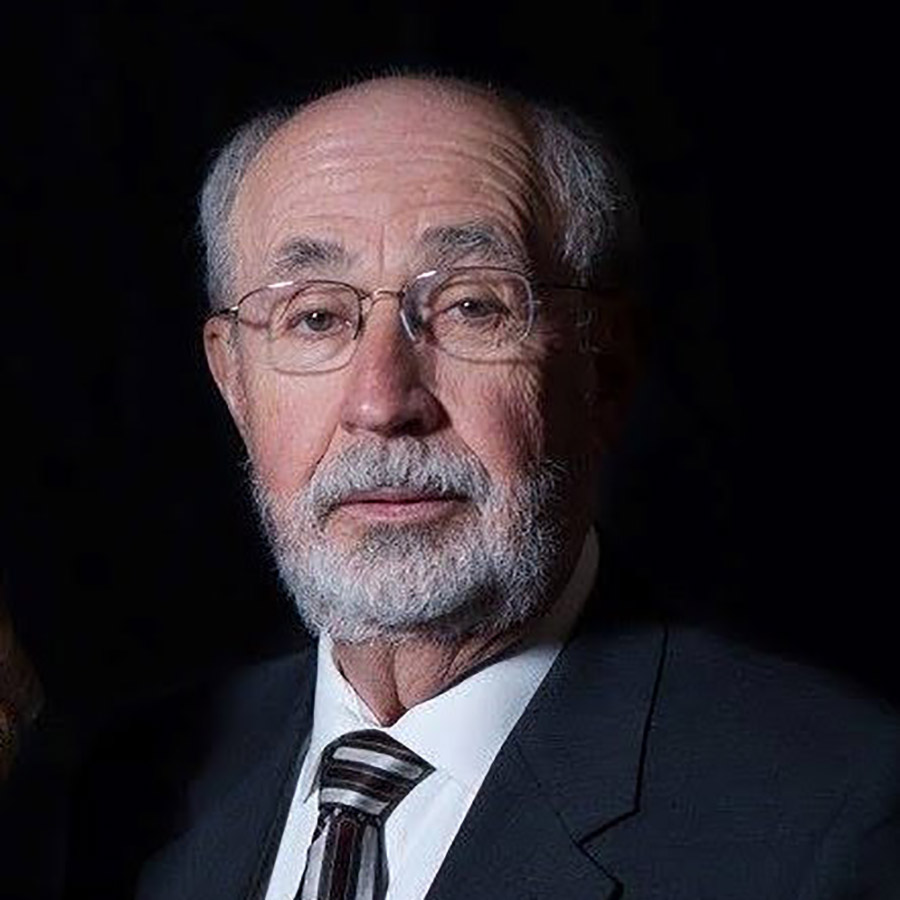 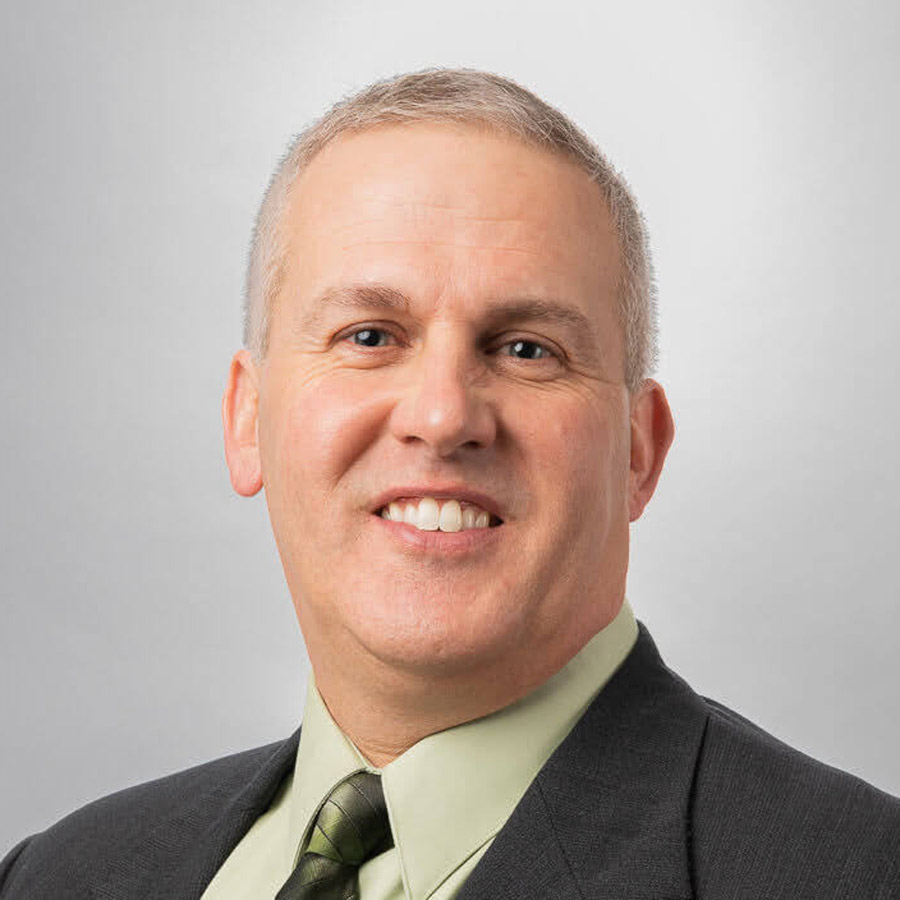 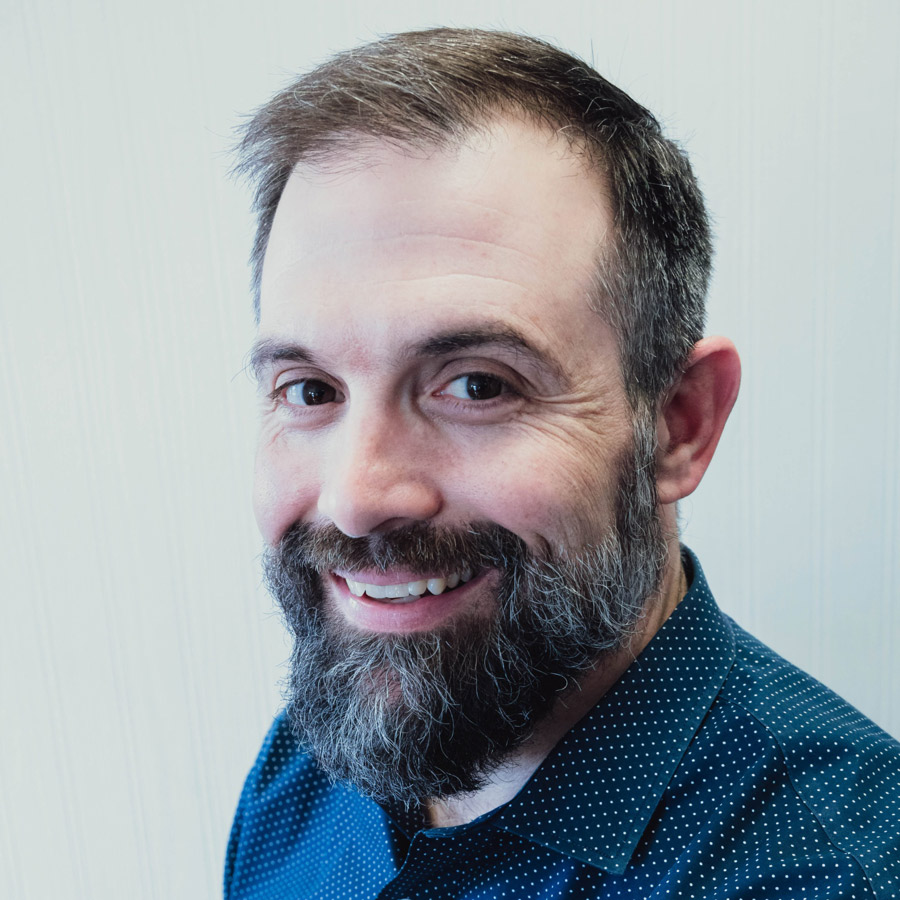